If we explore the Bangladesh culture through the lens of the 6-D Model©, we can get a good overview of the deep drivers of its culture relative to other world cultures.

This dimension deals with the fact that all individuals in societies are not equal – it expresses the attitude of the culture towards these inequalities amongst us. Power Distance is defined as the extent to which the less powerful members of institutions and organisations within a country expect and accept that power is distributed unequally.

Bangladesh scores high on this dimension (score of 80) which means that people accept a hierarchical order in which everybody has a place and which needs no further justification. Hierarchy in an organization is seen as reflecting inherent inequalities, centralization is popular, subordinates expect to be told what to do and the ideal boss is a benevolent autocrat

The fundamental issue addressed by this dimension is the degree of interdependence a society maintains among its members. It has to do with whether people´s self-image is defined in terms of “I” or “We”. In Individualist societies people are supposed to look after themselves and their direct family only. In Collectivist societies people belong to ‘in groups’ that take care of them in exchange for loyalty.

Bangladesh, with a score of 20 is considered a collectivistic society. This is manifest in a close long-term commitment to the member ‘group’, be that a family, extended family, or extended relationships. Loyalty in a collectivist culture is paramount, and over-rides most other societal rules and regulations. The society fosters strong relationships where everyone takes responsibility for fellow members of their group. In collectivist societies offence leads to shame and loss of face, employer/employee relationships are perceived in moral terms (like a family link), hiring and promotion decisions take account of the employee’s in-group, management is the management of groups.

A high score (Masculine) on this dimension indicates that the society will be driven by competition, achievement and success, with success being defined by the winner / best in field – a value system that starts in school and continues throughout organisational life.

A low score (Feminine) on the dimension means that the dominant values in society are caring for others and quality of life. A Feminine society is one where quality of life is the sign of success and standing out from the crowd is not admirable. The fundamental issue here is what motivates people, wanting to be the best (Masculine) or liking what you do (Feminine).

Bangladesh scores 55 on this dimension and can be considered a a Masculine society. In Masculine countries people “live in order to work”, managers are expected to be decisive and assertive, the emphasis is on equity, competition and performance and conflicts are resolved by fighting them out.

The dimension Uncertainty Avoidance has to do with the way that a society deals with the fact that the future can never be known: should we try to control the future or just let it happen? This ambiguity brings with it anxiety and different cultures have learnt to deal with this anxiety in different ways. The extent to which the members of a culture feel threatened by ambiguous or unknown situations and have created beliefs and institutions that try to avoid these is reflected in the score on Uncertainty Avoidance.

Bangladesh scores 60 on this dimension and thus has an high score. Countries exhibiting high Uncertainty Avoidance maintain rigid codes of belief and behaviour and are intolerant of unorthodox behaviour and ideas. In these cultures there is an emotional need for rules (even if the rules never seem to work) time is money, people have an inner urge to be busy and work hard, precision and punctuality are the norm, innovation may be resisted, security is an important element in individual motivation.

This dimension describes how every society has to maintain some links with its own past while dealing with the challenges of the present and future, and societies prioritise these two existential goals differently. Normative societies. which score low on this dimension, for example, prefer to maintain time-honoured traditions and norms while viewing societal change with suspicion. Those with a culture which scores high, on the other hand, take a more pragmatic approach: they encourage thrift and efforts in modern education as a way to prepare for the future.

Bangladesh has an intermediate score at 47, this does not indicate a strong preference in either direction.

One challenge that confronts humanity, now and in the past, is the degree to which small children are socialized. Without socialization we do not become “human”. This dimension is defined as the extent to which people try to control their desires and impulses, based on the way they were raised. Relatively weak control is called “Indulgence” and relatively strong control is called “Restraint”. Cultures can, therefore, be described as Indulgent or Restrained.

Bangladesh has a very low Indulgence score of 20. This makes it a Restrained country. Societies with a low score in this dimension have a tendency to cynicism and pessimism. Also, in contrast to Indulgent societies, Restrained societies do not put much emphasis on leisure time and control the gratification of their desires. People with this orientation have the perception that their actions are Restrained by social norms and feel that indulging themselves is somewhat wrong. 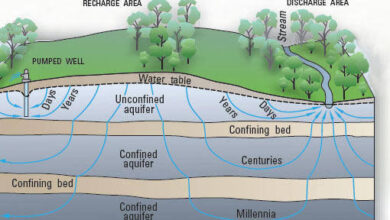